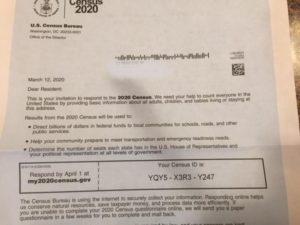 Official mail from the Census Bureau is starting to reach local mailboxes. As the nationwide headcount ramps up, there’s new information about census scams and how vulnerable people might be to them.

The census only happens every 10 years, and scammers are taking advantage of this massive effort to try to trick people. Fraud experts have serious concerns about people not understanding how the census works and falling for these scams.

When asked if the census would ask for their Social Security number as part of filling out the census, people just weren’t aware that they won’t. They thought they would get an email to fill out a questionnaire online, and that’s not going to happen, either.

The Census Bureau says the legitimate census will ask details like your phone number, how many people are in your home, and whether you own or rent your home. It will never ask for your Social Security number, bank account, credit card number, or donations. It will not ask about citizenship status. One scam already out there is a postcard with what’s called a QR code on it, and you’re supposed to scan it and get to a web page. Well, the Census Bureau doesn’t do that, and if you scan it, it loads malware onto your device.